Home>Advice>Career Advice>Career Progression>We took a trip to the future of work: this is how you make it out alive

We took a trip to the future of work: this is how you make it out alive

Launching into a high-visibility project looking at the drivers of change in Human Resources, Technology, Sales and Finance has been an exhausting and eye-opening experience. Thankfully for our future work prospects, it has also been an ultimately hopeful experience.

For our team, the chance to sit down with a caste of C-suite leaders for companies including Aon, AstraZeneca, Citi, CreditEase, Estee Lauder, Experian, Euro-Asia Holidays, EY, Global Petro Storage, Heineken, PageGroup, PwC and Salesforce, among others, has been deeply insightful and a true privilege. And thanks to this project time capsule, we've now had a healthy look at the future of work: and we can confidently tell you, this is how we all make it out alive.

One key ingredient unites the past, present and future

Passion has never, and will never go out of style. It is this basic key ingredient that has always separated the good from the great in a business leadership sense – and no automation will replace this.

Automation is coming, though. And it is going to have some harsh and lasting effects on industries that were once viewed as irreplaceable. As one CFO told me recently: "When I was young, I was told by my Dad that there'd always be accountants!" Fortunately for my friend, financial leaders of his generation who came up doing the "grunt" roles of the fast-disappearing finance back office, are becoming more sought after today than ever – because soon, the modern CFO won't have had any of that foresight.

What there will be however, are brave new jobs titles – plenty of them in fact. And one area that holds a lot of promise now and in the future, is working at the interface between the machine and the human. Be it big data, block chain, biotech, cyber-security, digital, technology, customer experience or e-commerce, understanding horizons and potential – and learning how to constantly fill in the gaps in your knowledge – should keep you in interesting work for many years to come.

Don’t own your job title. Own and expand your skillsets

As a trained journalist, I know for a fact that platform changes will blow away many job titles we never imagined could be at threat. And no, this doesn't mean there will soon be zero reporters, book-keepers or paralegals – but there will be far fewer of them, as our mass preferences move to easier or more cost-effective platforms.

Hold tight however. You can adjust. And indeed, companies are relying on the fact that you will – and many will invest in the training and transitioning (in a job sense) that will see you move your in-demand skillsets into a sunrise area where they can best be used.

Will the new jobs be easy? No. Will you at times miss the elegance of the past? Sure, sometimes. But staying at the crest of change will always have its thrilling moments: and then soon enough, another wave will sweep you off to the next opportunity.

Interpersonal skills are no longer soft. Master these now

As former workplace advisor to the Obama Administration and author of Humanity Works, Alexandra Levit, told me recently, to be human is indeed divine again. “Where you can’t go wrong is the human skill elements: making sure you’re really strong in interpersonal conflict resolution, diplomacy, empathy, judgment, intuition, creativity and innovation."

There was a time that we called these traits 'soft skills'. Now, you are a brave person who counts none of the above as among your 'core' skills. And yes, this applies even for those in technology – which as those in the industry know well, is often responsible for starting a wave that eventually sweeps even them out of a job.

If you lead a sales-driven organisation and steer the ship in an iron-fisted, my-way-or-the-highway manner, don't be surprised if despite investing heavily in CRM tools and data analysts, your data journey never really hits its straps.

Instead, adopt a challenger mindset: and empower tribes, pods and swarms of young minds to go out and fail big and fail fast – before learning from exactly how it went.

Agile, experimental and non-hierarchical companies will be those where innovators and risk-takers feel safe to do their best work. Pitch your data-driven engine here, and with the right groups of smart people, you'll have a great shot at an agile culture which can explore and embrace change, and in time be its beneficiary.

The digital age is not our first giant leap

Indeed, we are calling it the Fourth Industrial Revolution because our digital age is witnessing a sea-change in the way we communicate. But do remember that there were three of these before it, and that despite all the superficial change, even during the rise of the nuclear age and the space race, a lot about how we worked was conspicuous in the fact that things didn't change all that much.

Will our brave new channels and coding-in-everything world see the replacement of the firm handshake, or the importance of saying what you mean and meaning what you say? You'd be a brave person to bet on that. And for those that think old-fashioned values like ethics, humility, grit and good humour are confined to the past, they should really think again. I can tell you, the future is at least as funny as the past was. If not funnier.

People will continue to leave jobs because of managers

Google recently confirmed through its research what many in the hiring conversation always suspected. While those ranging from the worker bee staff to the top hires may tell your company that they are leaving for all manner of reasons, the truth is that if they're leaving prematurely, they're usually doing so due to their managers.

As such, for any hiring manager, the importance of getting your senior hires right has never been more critical – and with it comes the importance of ensuring they display the openness, curiosity and learning agility necessary to take your new talent with them on the journey.

Get it wrong, and you get a leader who ultimately turns the team toxic. In which case, you may well have been better off hiring no leader at all – such is the damage that a bad leadership hire can do.

Strap in. The future of work is going to be a fast and bumpy ride. Trends are going to come and go faster than ever. Being set in our ways will be far less excusable than previously. But being likable, reliable and brave should still keep you in a good place along the way.

And speaking of kids, watch them carefully. Increasingly, we're all going to need to become more like their generation.

If you do get in a spot of bother, ask for help. Hitting a career bump and dusting yourself off has long been the fate of the serial entrepreneur. Now we all may have to learn to see failure as a regular part of the journey. One day, our kids may not even call it failure at all: it will just be a natural part of the learning curve.

And speaking of kids. Watch them carefully, because increasingly, we're going to need to become more like their generation than the other way round. Curious, tribal, impatient, life-long learners – the future is bright if we stay young-at-heart and constantly embrace the journey... even when we don't know where that journey will end.

Starting a new contracting role? How to fit into a new team fast
by Michael Page
Read article 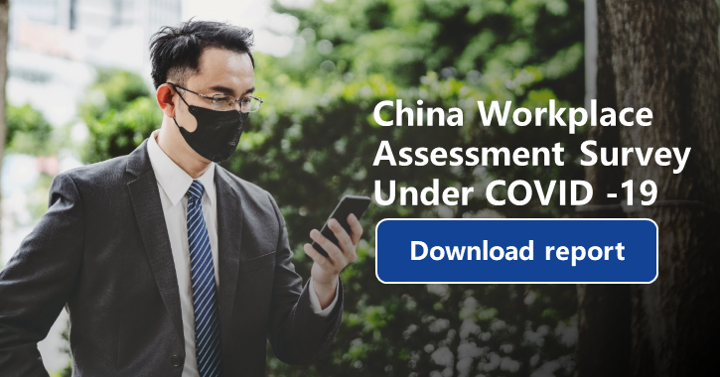 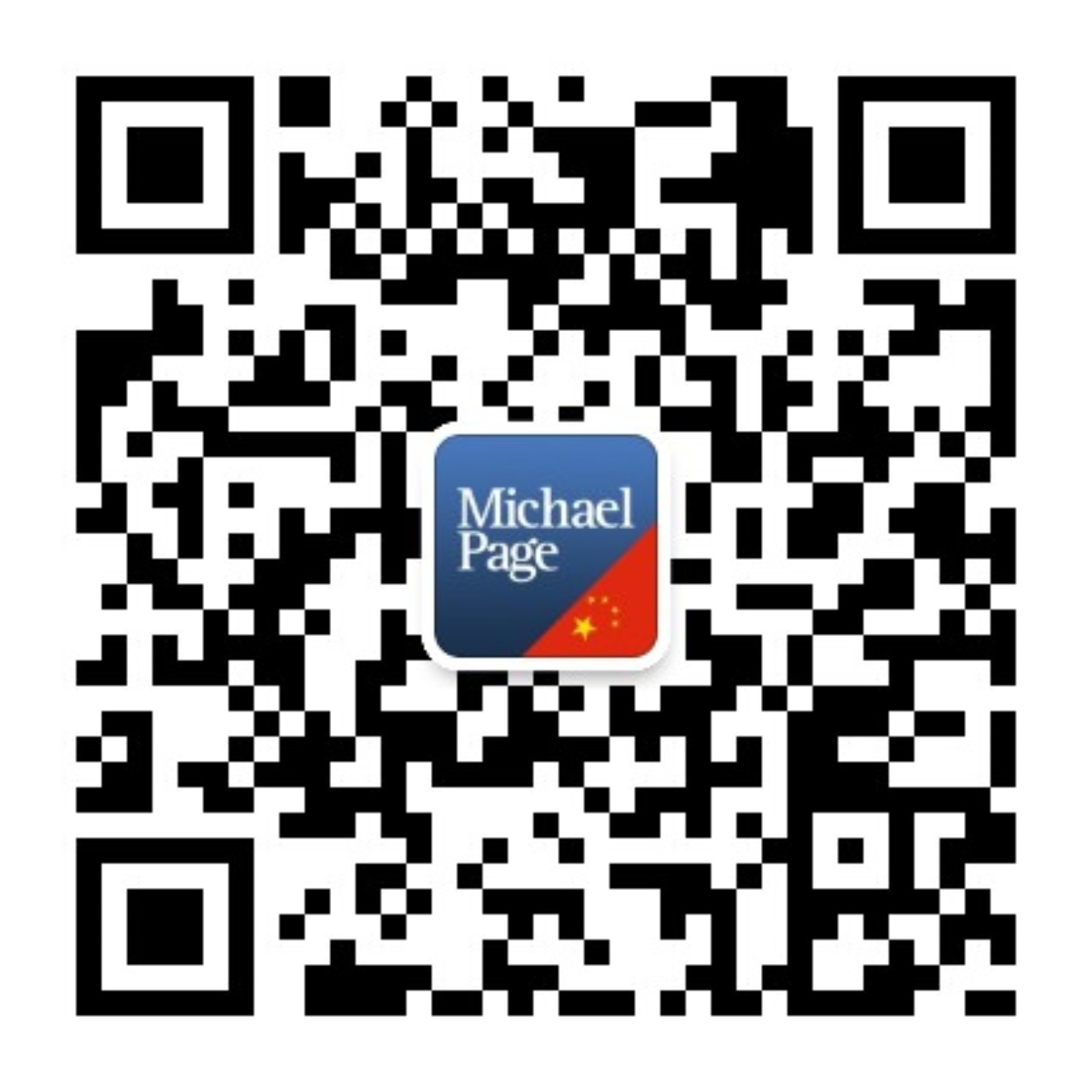